The crone, the wisdom within, is the female counterpart of the wise old man, an archetype within the collective unconscious.

The crone is an aspect of the ‘triple goddess’ within multiple religions, including ancient Greece and Ireland. Within the western world of the 21st century, we identify and worship youth and beauty, an aspect of the celebrated Triple goddess called ‘the maiden’ (associated with the Spring and Summer seasons). Few, unless study goddess mythology, understand or acknowledge the Crone, because of her representation of destruction, decay and death. Those who associate with traditional societies, may view death as part of a cycle.

The crone is the opposite of the maiden. As in nature, the death of Winter is followed by the promise of rebirth in the Spring. The crone is celebrated in the Fall and Winter seasons. The crone’s color is black, and she is associated with the waning or new moon.

In the crone’s positive aspect she is often depicted as a Grandmother, a wise woman, or a midwife. The word Crone is derived from the old word for crown, suggesting the wisdom that emanates from the head like a halo. Her own child baring days are past, she is the wisdom keeper, seer, healer and midwife, whose knowledge is sought out to guide others during life’s hardships and transitions.

May the symbolic Crone guide your path this Halloween, this Autumn and Winter, and help you through difficult transitions that you may have to go through, to help you move forward, regardless of the fear of the dark.

For more information on this topic: the Crone

One thought on “The Crone”

This site uses Akismet to reduce spam. Learn how your comment data is processed.

Follow Inside A Soul on WordPress.com
Join 522 other subscribers 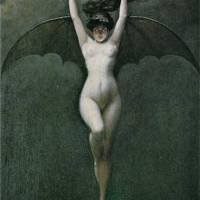 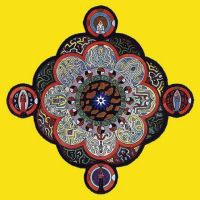